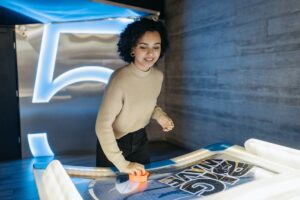 With its low-friction table that suspends the puck on a cushion of air, air hockey is a game that relies heavily on speed and action to properly duplicate the thrill and excitement of an arcade in any setting.

Enthusiasts with their own tables may sometimes experience a decline in the puck’s sliding ability over time. A simple indicator of your puck slowing down could be sudden halts during the game or a lack of bounce even after hitting the side rails.

Some professionals even resort to measuring the puck’s speed with a speed gun, but it is an overpriced method that we don’t recommend for casual games.

What are some reasons that could cause your puck to slow down?

The first reason to consider is a flaw in your own gaming technique. The best way to increase the puck’s speed is to aim better, improve your swing, and hit the puck dead center with as much force as you can manage.

If it’s still slowing down and breaking your competitive streak, you might want to look out for these faults in your table or its components:

How can you make an air hockey puck slide better? 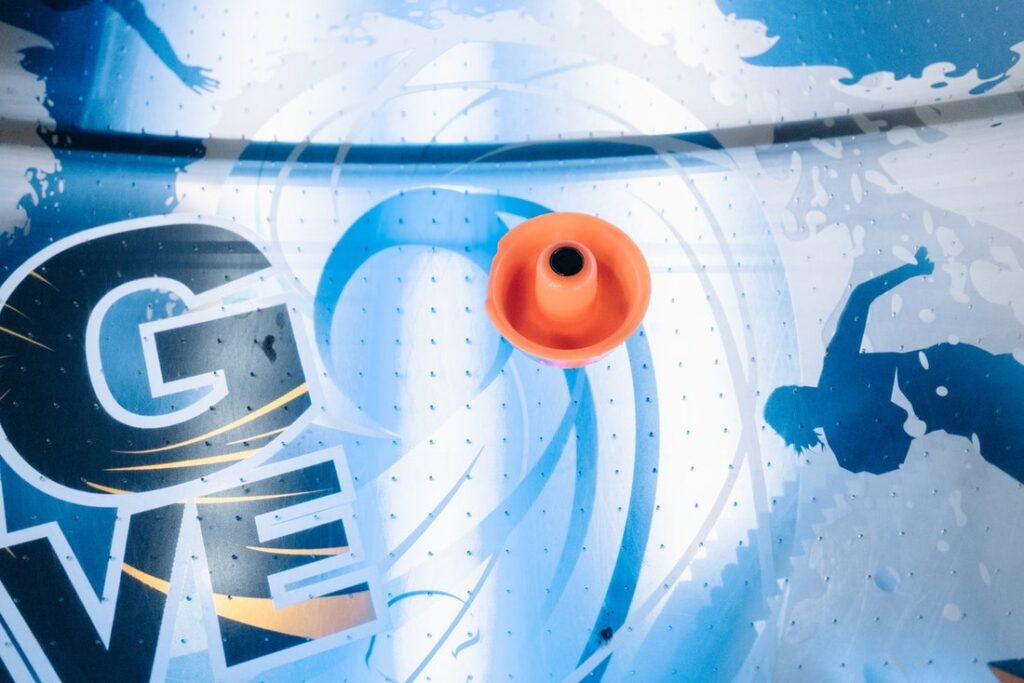 While all the problems listed above need to be assessed separately, here are some general solutions that can come to your aid:

It is recommended to wipe the surface of your table with a mild solution of soap and water for best results. This could remove many impurities like dust, grime, lint, and fiber that would otherwise slow down your puck.

It is important that you do not add too much water to prevent it from seeping through the air holes down to the motor blades and causing more issues.

Lubricate and Wax the Surface

You should try lubricating and polishing the cleaned surface when trying to achieve a smoother playfield. Spraying a silicone lubricant in small amounts and then using a buff cloth to spread it around is a suggested technique.

It is better to retouch this lubricant every few months. If you want quicker results, waxing the entire surface will not only make it friction-free but also protect it against further wear and tear.

Dead spots on the table are places where your puck comes to a sudden halt due to clogged air ducts. Gliding a vacuum cleaner with a flat hose at a lower setting over the clogged holes normally does the job.

However, if you still see debris or dust settled in certain places, a more time-taking but guaranteed method is to use a toothpick to push down into the holes.

With sophisticated equipment like an air hockey table, one usually misses a few spots despite regular maintenance. The fans underneath the table are usually neglected due to their placement which can have a negative effect on the airflow. It is important to unplug the power and unscrew the fans before you can wipe them clean with a damp cloth. 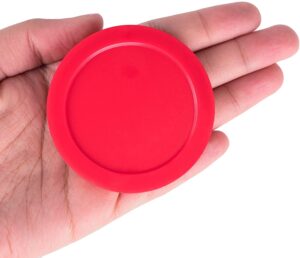 Pucks usually last a long time, but if it has been over a year and your equipment is worn down, it would be better to go for a replacement since that can greatly transform your playing experience.

You should also pick out ones from a different brand and those that are the right size with respect to your table. For reference, full-sized tournament tables require pucks that are 3.25-3.5 inches in diameter.

When should you consider replacing the table?

Replacing your table should always be a last resort because it’s usually a little over one’s budget. If cleaning and polishing the surface and equipment still leaves you with a slow playfield, you might want to consider switching out for a new one.

If you opted for a cheaper brand last time, you should look into more high-end, consumer-recommended options that are durable. Furthermore, you should regularly clean and maintain the new table so that its playability remains consistent over time.

Speed is very important in air hockey, be it for practicing certain trick shots to improve your game, blocking action games at the arcade, or scoring against a competitive family member. Often, lack of maintenance, cramped storage, and even long-time use could be the reason for the table not performing that well.

Considering solutions within your budget is the sensible way to help your puck go smoothly, all the way. Ultimately, it is best to consider your air hockey table more as an investment than just a game. 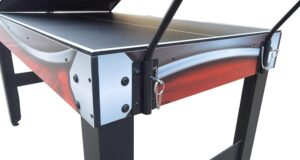 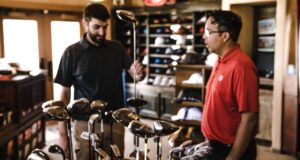 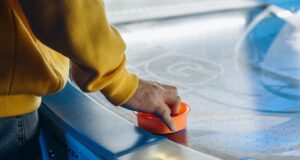